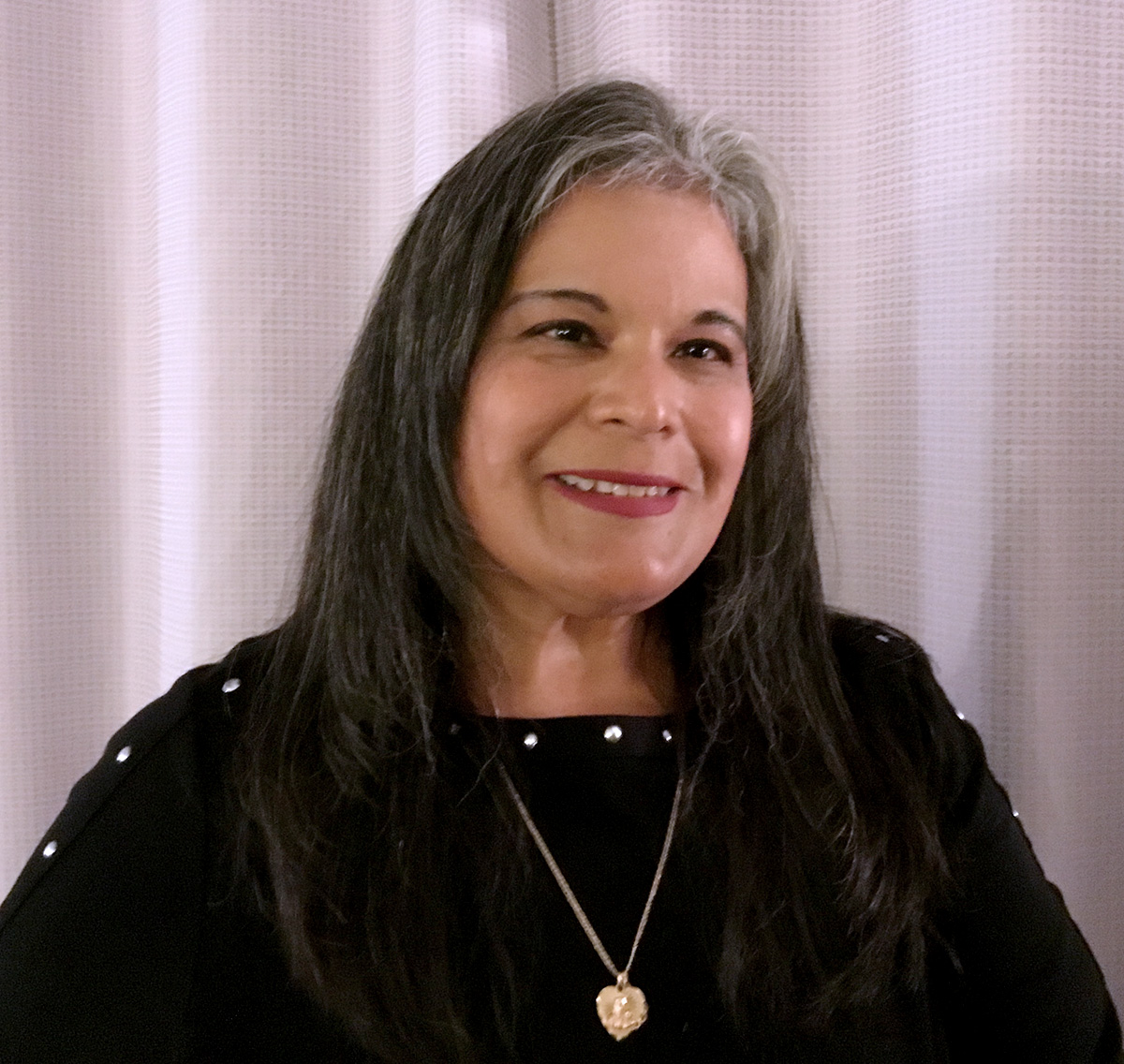 Her excellent attendance, loyalty, kindness, great cooking skills, friendliness, and mature attitude toward anything that ever needs to be done for our clients have made her a real standout for candidacy. She consistently keeps the office well-informed, and other caregivers who have worked with her have reported enjoying her team player attitude. And the couple with whom she has been working for years has called her “a welcome addition” to their family.

Thank you for all you do, Ramona!

After twenty-five years as a travel agent at a family-owned business, Mona’s life took a turn that eventually brought her to A Peaceful Way Home Care in 2017.

In 2007 Mona’s mother had congestive heart failure and suffered a heart attack. After coming home from the hospital, the family brought in a caregiver to help. Although the fluid had just been drained while at the hospital, Mona’s mother’s blood pressure skyrocketed. Mona asked her mom what was going on. “I don’t want strangers here. I want you to take care of me.”

“Her response surprised me,” said Mona. “The caregiver had been friends of the family for years. I wanted to take care of my mom, but I had to work to pay my bills and needed health insurance.”

Mona’s parents were married in 1947 and her father worked at the Naval shipyard. They had worked hard and were diligent about saving a nest egg. Her parents responded, “That is why we have a savings account – for these types of needs. We’ll pay for your insurance.”

Mona told her bosses at the travel agency who assured her, “Your job will always be here for you,” should she decide to come back.

Thus, this is how Mona began her journey as a caregiver. She read up on congestive heart failure and took nutrition and cooking classes. She lovingly took care of her mother until she passed five and one-half years later at age 85.

Her two sisters looked to her to then care for their father who had fallen and broken his hip. He also suffered from diabetes and hypertension. Her father lived a rich life to 94 years of age, four years later.

Mona knows her parents are together again in a better place.

Finding that the travel agency she formerly worked at was under new ownership, Mona worried about what was the next path of her life’s journey. Where would she work? One of Mona’s friend said, “Hold on. Why are you worried? You have ten years of experience.” Her friend was working as a caregiver in Long Beach. “I’ll call my boss.” Mona went in for an interview and was hired immediately.

Mona interviewed with Terry McGovern, owner of A Peaceful Way Home Care, and he offered her a position. Loyalty is an important trait to Mona, so she was hesitant to accept even though it meant more hours of consistent work for her. She talked to her then boss who graciously accepted her resignation.

Mona is happy she is working at A Peaceful Way Home Care. “Terry is a great boss. He is very accessible if I need to speak to him. He is very accommodating. They are all great in the office.”

For nearly four years Mona has been working full time with a Redondo Beach senior couple whose daughters live out of state. Mona helps by cooking meals, taking the wife to her doctor appointments, occasionally picking up food orders from their favorite restaurants, doing laundry, making their beds, and taking their two dogs for walks.

Both the husband and wife were born the same year as Mona’s mother, a nice connection for Mona. “They feel like parents to me. They are good to me and are extremely nice. They are easy to work with,” she shares.

One day when the wife laid down to take a nap with her dog at her feet, Mona began walking out of her bedroom to clean the kitchen. Mrs. C called out to Mona, “Thank you.”

“For making me feel comfortable living in my house.”

“That was so special. I think about how stressed my mother felt with an outside caregiver. I want those I care for to feel happy and safe in their own home. I prayed to God for that and thank God for answering my prayers.”

Her given name is actually Ramona*, but she much prefers Mona. In fact, when she first read the text A Peaceful Way Home Care sent out to their caregivers announcing the quarterly Outstanding Care awardee as Ramona Martinez, Mona kept scrolling down, reading the rest of the message. Then she received a text from Levi, Care Manager, congratulating her. “It is me! God knew I really needed this today,” thought Mona. The news came at just the right time for her. It had been a hectic day, including dealing with the results of a sick dog. Mona cried tears of joy.

Mona’s parents had made a deal: her mother would name any sons they had; her father would name any daughters. *As mentioned, Mona does not care for her given name. So, at one point, Mona asked her dad “Why did you name me Ramona?” Typical of him, he didn’t say much, but Mona has her theory. Daughters of very close family friends (part of her parents’ wedding party) were dancers in the Ramona Pageant held annually in Hemet, and so he named her after the play’s heroine. 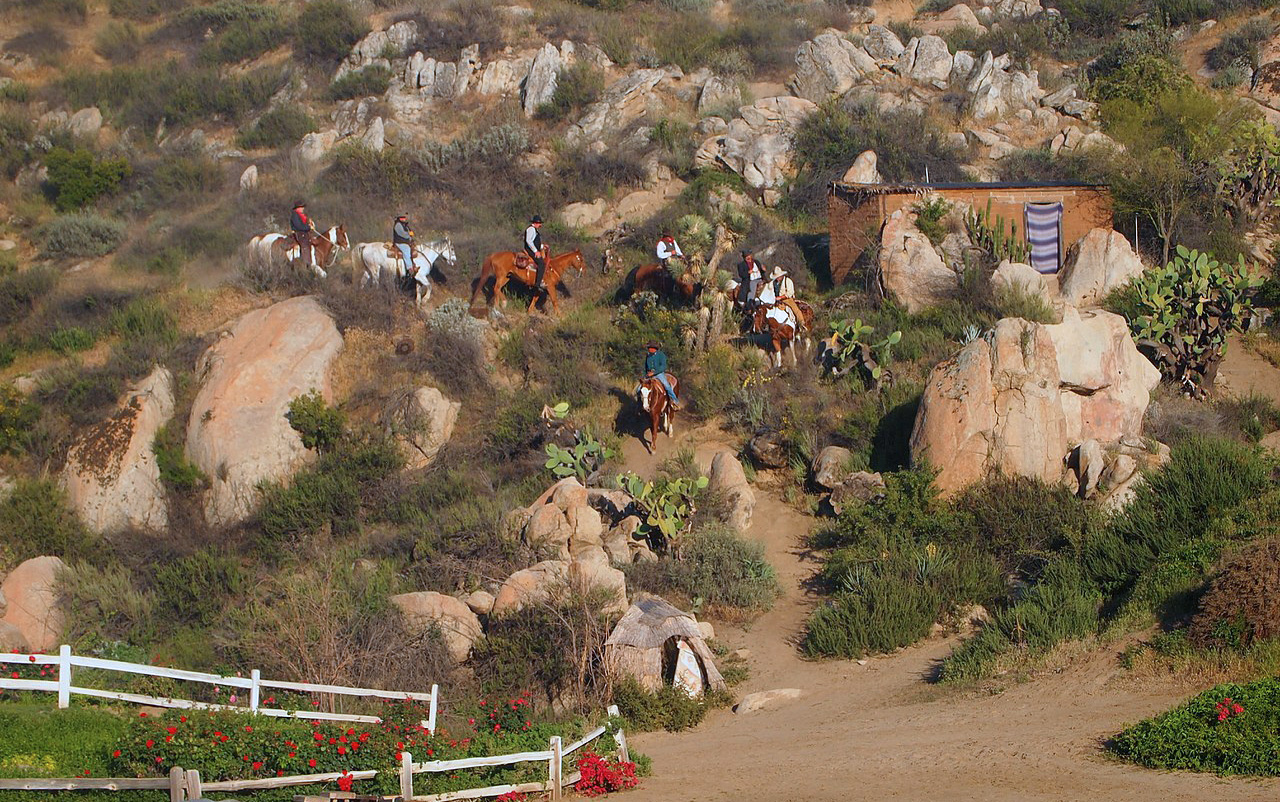 Mona is a lifelong South Bay resident. Her longstanding love for travel has been put on hold since COVID. When not caring compassionately for others, she now spends time closer to home, gardening and enjoying plays. She has three dogs who are her constant companions.